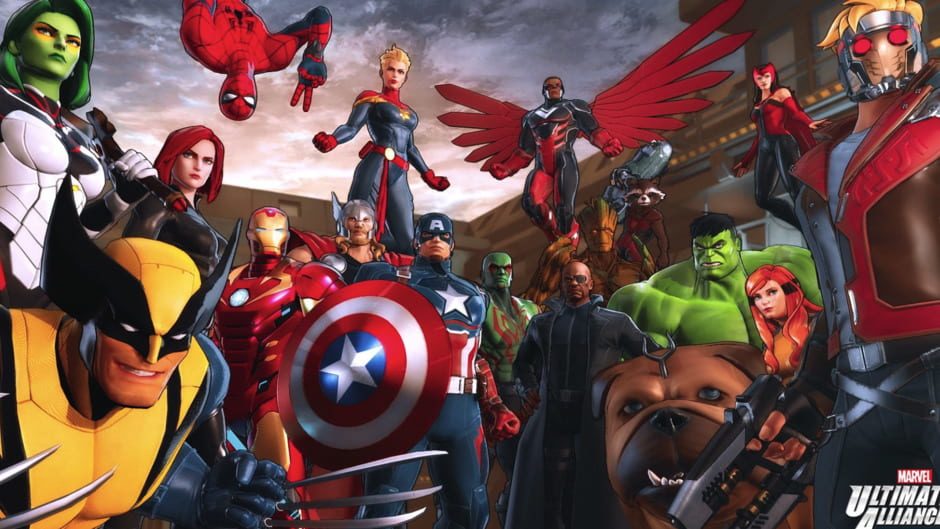 Here’s our best recommendations for anyone jumping into MUA3. Have a look and see if any of these tips can help you stop Thanos and his dreaded Black Order.

1. Always Have a Flyer

Your brawler team of Wolverine, Drax, Deadpool, and Black Panther might seem like a good idea, and it is if you’re planning Best Bro Night 2019 but you’re not. You’re just playing a video game.

One of my tiny nitpicks about MUA3 is it’s extremely easy to forget that this game is designed with verticals. If you find yourself needing a flyer you’ll have to search for a S.H.I.E.L.D. spawn point to change out your team and that takes immediate fun out of the experience. The game gives you ample flyers right from the jump. I can’t tell you the number of strong enemy ground attacks I avoided by just “Ope, s’cuse me.” and leaving the ground.

Typical power levels and dynamics do not exist in MUA3. The game lives within the video game rules built around it. It seems asinine to point that out but it’s important because the Marvel world has such firmly established characters. The characters that become the most powerful however, are the ones you invest in. Can Electra defeat The Hulk? It might seem like a tall order in the typical Marvel 616 cannon but in the game it’s extremely possible.

Picking your team involves a bit of strategy and I wouldn’t recommend going with “These are my four favorite Marvel characters I don’t care what anyone says.” Although that method would work for much of the game especially if you’re on the lower difficulty.

Once you’re increasing difficulty and pushing your way through Infinity Challenges you’ll need to put some actual thought into your team.

Along your journey to stop Grimace AKA The Purple Nutsack Chin AKA Thanos you’ll come across some hidden items called Experience Cubes. They’re exactly what they sound like, instant experience for your characters. Leveling them up quickly and with little grinding.

You’ll be tempted to pour these into your alpha character but I recommend saving them. There’s a few reasons for this so get out that note pad and let your old pappy learn you something.

Saving the cubes for late game content is dope and right and even probably what God would want. You’re going to be given a lot of characters along the way and as you learn the synergy system and the advantages of different heroes you might find yourself in the precarious position of wanting to change your team late game. If that happens the cubes are you highway to instant high level heroes. They won’t eliminate your grinding time fully, but they’ll be a massive help. Unless you just love hours of grinding in which case ignore me.

4. Teammates Can Be Revived Easily

Because MUA3 seems like a basic hack n’ slash game it’s easy to miss the more intricate battle mechanics built into the game. There’s a roll dodge, a great working block (for most characters) and even a free revive that costs nothing and doesn’t require any items.

Getting close to a fallen foe and holding A will build their revive gauge slowly. Once it’s full they’re revive WITH full health. Here’s the even more doper part. If you’re knocked away in the middle of a revive the downed characters revive bar won’t go back to zero. It’ll remain half full and slowly recharge.

Early on you’ll learn about the section of the menu called The Lab. Here you can devote resources to permanent bonuses that effect your entire team. The design of the ability map is a large hexagon and branches out to other hexagons.

Early on build your bonuses toward the top left hexagon. In that particular branch there’s an experience booster that should be activated as early as possible. It’ll allow for quicker growth of new characters and keep your team even with the difficulty curve of the game.

The game does a somewhat poor job of explaining synergy. Essentially if you push the right bumper on the Joy-Con it will pull up your characters special moves, easy peasy.

But if you pull the right-trigger instead you’ll pull up your characters same list of special moves however they’ll only be usable if there’s another hero near you who can also use one of their moves. This gives a bonus to both moves and lights up the screen prettier than Christmas.

Synergy is the part of the game that requires the most study and the most practice. So learn it early and you’ll be going ham on evil in no time.

As you assemble your best foursome you’ll notice in the top right of the screen little bonus icons. You can mix and match these traits to give your characters team buffs that are occasionally quite powerful.

Recently I noticed that combining Wolverine and Venom gives both characters stronger attacks since they’re both in the “Anti-Hero” category. There’s also a “Women of Marvel” category, a “Web-Slinger” category and about two dozen others.

Try composing a team of only Guardians of the Galaxy or a foursome of just X-Men or mix and match in other fun ways. Be promiscuous with your team combinations. Consider this college Freshman year.

Yes, one of my tips is actually, “go find this thing and read it.” The in-game tips section grows and gets new additions as you progress so you might even need to visit this tab two or three times in your play through. Now you can tell your friends you read more.

Jokes aside there’s some great stuff in the tips section.

Every single article on the face of the planet will say different. So let me explain.

Each character has their own nuke attack called their “Extreme.” You can use it on its own or you can wait until your entire team can activate their “Team Extreme” for the biggest attack possible in the game.

While this is understandable for tougher boss battles it doesn’t make sense for the standard level areas and large amounts of weaker enemies.

What I recommend is to pair up your foursome into two pairs. Essentially triggering two Extreme’s together, then waiting for the other pair. This will ensure that you’ll get to trigger Extreme Attacks more often and even if they’re a bit weaker the damage output is still plenty for most of the grunts you’re trying to grind through.

If you’re playing solo go ahead and open the settings menu and turn on “Heroic Camera Mode.” This option will pull the camera tighter on the character you control. It will also allow you to lock-on to mini-bosses and bosses.

I went back and forth a few times but ultimately Heroic Camera was for me. The lock-on feature makes the boss battles flow much easier.

Nathan is the co-host of the Splash Damage Bro. Podcast. He can be found @thenatenjc and @splashdamagebro 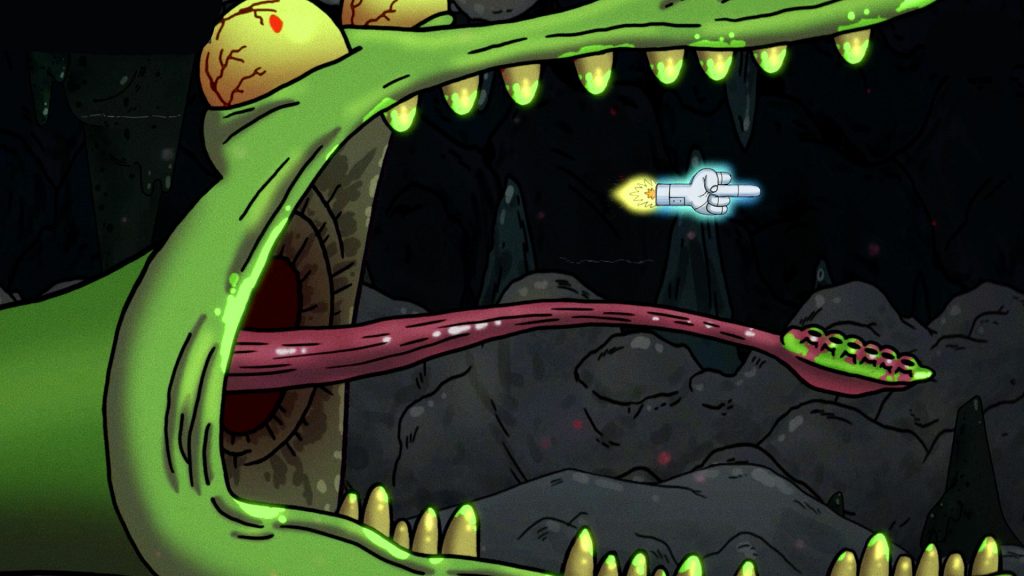 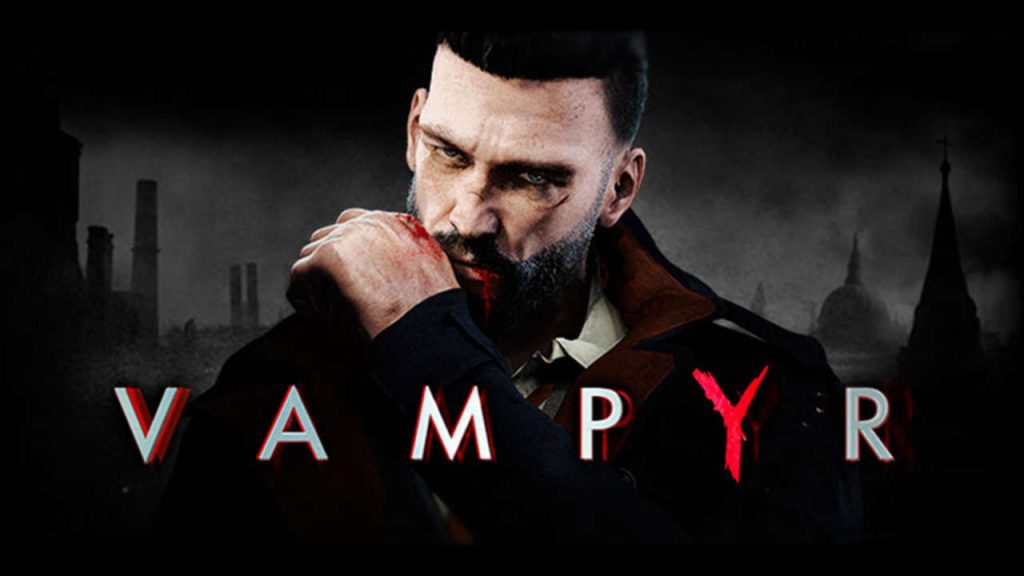