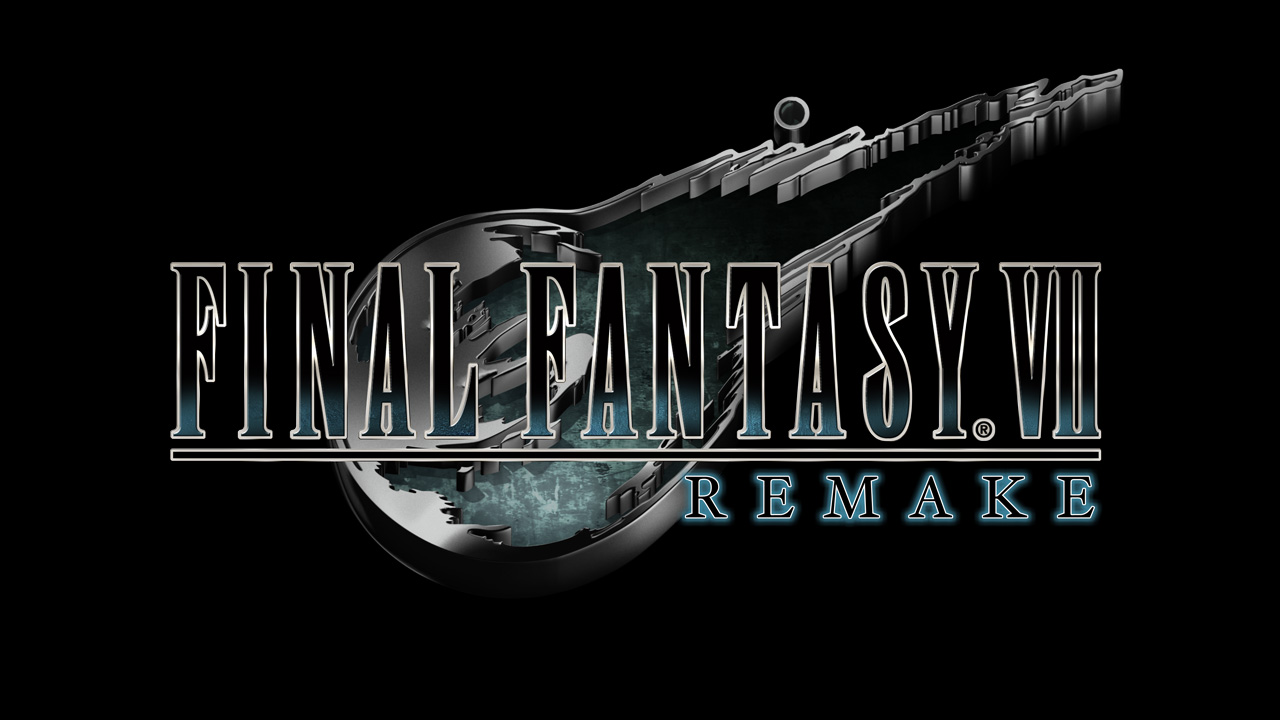 Late in 1998 my Dad asked me if I would help him start a play through of Final Fantasy 7. I had just got a new memory card for the PS1 and had acres of memory slots to share. I was like a lord with a brand new fiefdom and I was feeling generous. So I helped him boot up disc one. He then proceeded to skip every cut scene and ask me constantly what was going on. My life became a series of passive aggressive tween sighs as I explained to him why any given character was doing what they were doing.

This led to my quest to fully understand all the finer plot points of FF7 inside and out. A tweenage kid making a hard-core dive into FF7 lore is almost too cliche to mention, but it was 100% who I was. I’m telling you this because to many FF7 fans, there’s some nostalgia at stake here for FF7R. “If it doesn’t stay as true as possible then it’s an outright failure” they say. I don’t (and won’t) subscribe to that attitude and I’ll tell you why later.

To my middle school and high school friends, FF7 crossed barriers and built bridges across all the groups these schools typically have. Jocks played it, and often times sought out the nerds for advice. Goths played it, and they talked about Vincent and nothing else. Cheerleaders played it and fell in love with Zach. I grew up in the middle of this and saw first hand the way special games brought separate groups together.

It’s not hyperbole to say that this game has the same amount of story as the original Star Wars trilogy. Episode 4, 5, and 6 are roughly the same size as Final Fantasy 7, and that’s a hill I’ll die on. Because of that belief I’ve never once questioned the idea of breaking this game up into segments, in fact it makes a lot more sense than many of the other FF titles that are broken into segments, (I’m looking at you, FF13).

This personal history with the game makes it difficult for me to objectively review, but I’m here doing it because what just happened was a cultural event. Cloud Strife and company embark on a mission that has even more significant undertones for us today than it did twenty years ago. Mega corporations feel bigger and more devious than they did in 1997. The Midgar slums feel more like a lateral metaphor than an imaginary cyberpunk future, but on the bright side thankfully, mid drifts are still in.

As for this new game, there were three different 10-15 minute chunks that felt like overdone filler, but mostly the thirty or so hours you’ll spend in Midgar flesh the city out extremely well. I was especially impressed by the extra attention given to the complicated moral ground of our hero’s. Yes they want to bring down SHINRA, but in FF7R you’re given multiple scenes that humanize the employee’s of this corporation. The fact is blowing up a reactor will affect hundreds of SHINRA families in negative ways. The members of AVALANCHE discuss this idea a lot, and for that I’m thankful. This maturation of the story is important, considering the original fan base is twenty or so years older.

Although the game sticks with the heaviness of its ideas, the original was always quick to remind players that it doesn’t take itself too seriously. FF7 is full of silly puns, eye rolling dad jokes, and characters so over the top not even Barrett’s gun can hit them. FF7R is much the same, with surprisingly cartoonish moments mixed into the drama of the plot. This can be disconcerting to an American audience, we who are tightly bound to our genre ideals. The fact is this game has both a fat chicken magic spell and also a house of prostitution. That’s only really a problem if the player decides it’s a problem.

The game is certainly not open-world, but Midgar has never been open world. The cramped and winding alleys of the slums and the wide open streets of the plate both guide the player in a fairly direct manner. The game world expands from several center points in a spoke and wheel pattern similar to God of War. The point I want to emphasize is how enjoyable it is to fully explore every Midgar area. Whipping the camera around should become second nature. Scan ceilings, look below when you can, and occasionally pause to do a 360 degree scan. You won’t regret it.

The only real detriment to a fully realized Midgar is how plain the NPCs are. There is a massive contrast between the NPCs and the main characters. It’s almost as if no one in Midgar has ever thought to accessorize except Tifa and Barrett. As a result the scenes that happen in public feel a bit off. The poor people in the slums are in plain drab clothes, the rich people on the plate are in plain SHINRA suits. Meanwhile every main/playable character has a Jack Sparrow amount of flair and it’s very noticeable when no one else wears as much as a scarf or bracelet. Cloud cannot be the only person in this city with access to firm hold hair gel.

The thing I love about the NPCs in this game is the fact that they are almost constantly in dialogue. You can walk up to almost any group of NPCs and get a transcript of their conversations while listening to them. There are huge amounts of audio to take in if you decide to listen to everyone. Many of them are sharing relevant info as well. I cannot imagine the amount of voice acting that went into this game. There are huge amounts of files that most players will probably never hear. Listening to every NPC probably extends your play time around five hours or so.

There are of course several extra/new characters, and for the most part I loved them all. Yes, a couple are obviously implanted for sequel fodder, but most of them are absolutely delightful, (especially one around the mid-game mark). If the cast of FF7 is spaghetti red sauce, the cast of FF7R is a fuller and richer meat sauce, a “Midgar Special” if you will.

There are a couple of plot deviations that might upset the FF7 purists (remember when I mentioned nostalgia), but we need to remember that Square Enix has already ret-conned this story once with “Crisis.” They aren’t afraid to turn the volume down on a particular plot element if that element gets in the way of the larger game they’re trying to create. And we shouldn’t be afraid either. The story of FF7 is a river, there are certain dams and barriers that will always be respected, but otherwise the story is free to flow down the quickest and easiest course, just like a river does. Once the wider world feels free to talk about the ending, this discussion will arise again. And I’ll remind everyone of “Crisis” again.

For my money, the best and most intense combat that can be found on the PS4 is Horizon Zero Dawn. I won’t ever feel that any game with group combat can be in the running for “best combat”, but I’m here to tell you FF7R comes close. The Kingdom Hearts 3 similarities are evident, and anyone who hasn’t played FF7R can use KH3 as a decent barometer for what they can expect. While those expecting FFXV combat will be in for an unhappy surprise.

The fun in this combat system lies in managing the special abilities of three separate characters while in live combat, and strategizing those abilities to fit the situation. Timing is very important here, not “Dark Souls” important, but it’s still something that plays a role in your performance.
The Materia system is beefy, and significantly different from its turn-based predecessor while still existing within the same framework. True to its former form, Materia can be slotted into weapons and armor, and some of those slots are linked. However similar, even FF7 veterans will need to do a bit of study before they can fully realize the potential of the system. One major difference: in a live action combat system the “assess” Materia becomes wildly more important (you’ll find out exactly why in the game).

Summons are insanely fun. They can’t be called on a whim whenever you want but once they arrive they stay on the field as extra characters and can even be told what moves to use. Once again, the comparisons to FFXV are thin, as FF7R has invented and implemented a new system.

I do find myself wishing there was a bit more environment destruction, as there’s almost zero of that in FF7R. I understand why. There’s already so much RAM required that even still textures are downgraded on the base PS4. Environmental destruction would test those limits even harder. While we’re on the subject of RAM you should know there’s a very noticeable difference between base PS4 and PRO. Assets that are deemed “less important” do have their textures knocked down to a blurry mess in certain areas.

Boss battles could honestly use a little bit more variety, but at this point I’m starting to nit pick. Most of them involve finding a particular weak point to target then having your party go ham on whatever that one spot is. These battles are excellent tests of the player, but in a repetitious way. Having said that, I’ve really appreciated the challenge these boss battles have provided. Hack and slash button mashing won’t work on the higher difficulties here and that’s a good thing. Encouraging the player in invest in the battle system results in a better experience. There are a few solo battles with Cloud vs. a single opponent. These 1v1 battles were excellent, despite the battle system being built with a group dynamic.

Now for the mild spoiler talk.

Since the writing of this article one of the more prevailing fan theories has been around the idea that FF7R takes place in another dimension from the original FF7. If you’ve seen the ending you’ll understand why this idea has gained traction. I won’t go into specifics but there’s several points of the game that lend credence to this idea, beyond just the games ending.

I’m throwing my hat into the ring and leaning into this theory. I’ve listed out some reasons why below.

Here’s to all of you wherever you are, waiting for part two. It’ll be a painful wait. But I know it will be worth it.

Nathan is the co-host and co-creator of the Splash Damage Bros. Podcast. He’s Omnislashing these prices to bare bottom levels. @thenatejc @splashdamagebro 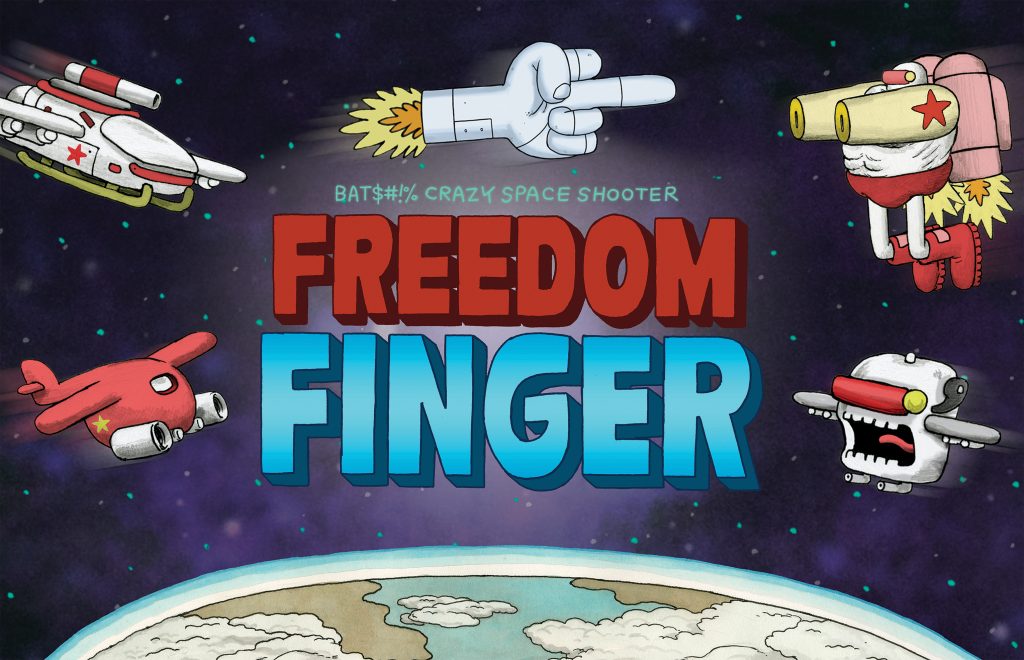