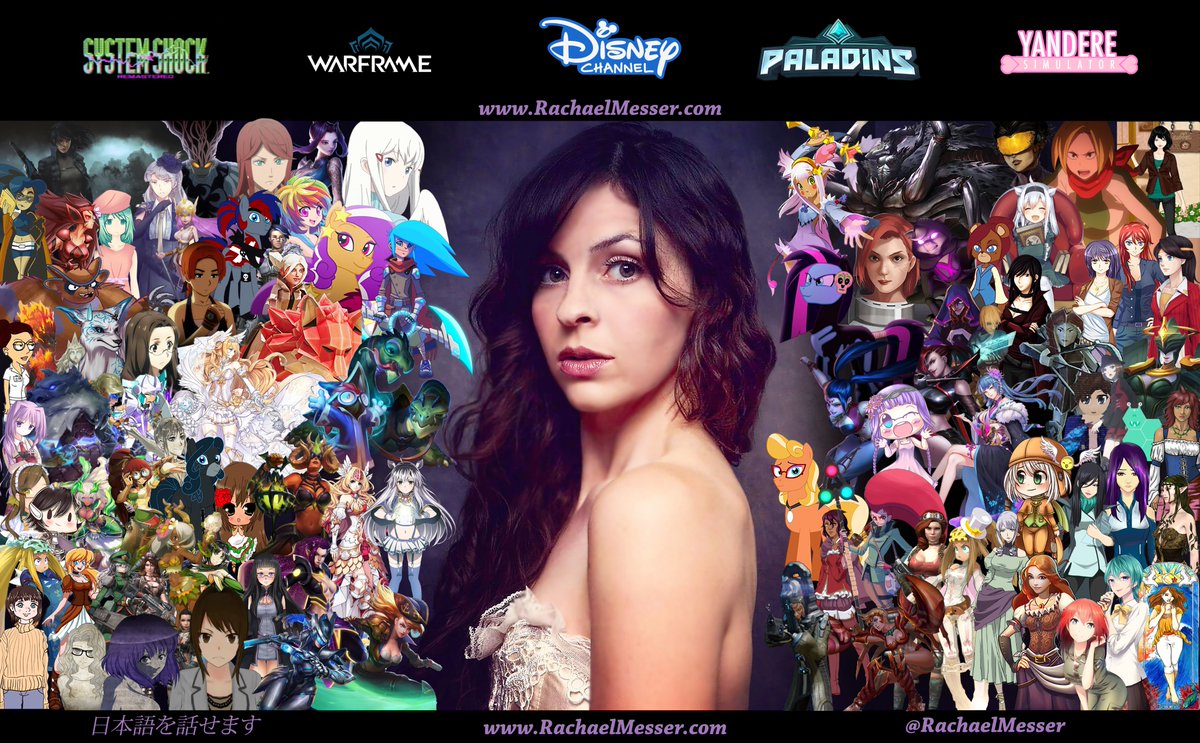 There’s a much tossed about phrase in entertainment that goes something like this; “When you start moving up be sure to send the elevator back down.” It’s technically a phrase used across all working environments but it’s especially poignant in entertainment. If you find some success make sure you help reveal a path for others trying to do the same thing.

We wanted to end the year showcasing a talent that has not only sent the elevator back down, she’s built her own elevator and is showing everyone exactly what buttons to push.

Having provided voice work on such games as Borderlands 3, Warframe, and Paladins, and anime’s like Black Clover, Goblin Slayer, and Princess Principal, Messer has covered enough variety in the voice industry to help anyone with any goal, and she does. The classes she offers aren’t just beneficial, they’re also unique.

The path from “here” to “made it” is foggy at best and downright stormy at worst. Messer spoke with me earlier this year to help shed some light on the process and work flow of voice acting.

So I’ve known a few voice actors and I’ve noticed a similar theme. They all have a project they’re extremely proud of, but ended up never being released, (either because it was cancelled or lost funding etc). So first question; Is there a piece of work you’re really proud of that no one will ever hear? And can you tell us anything about it?

It can sometimes be hard to figure out which projects truly get canceled. As an actor, on occasion you’re told when by the creator, but most projects go on “hiatus.” Sometimes they actually come back, but rarely.

I can say that some things I’ve been really proud of are improv lines or jokes that didn’t make it into the final project, but those are the things that come to  mind with lines I wish made it into the end product!

You’re a really active advocate for people who are early career or just trying to get their food in the door. Is that something you wish you had more of when you were starting? Or something the voice industry needs to get better at?

It’s a bit of what I wish I had more of, and while the industry has some resources out there, I think they aren’t as easy to find.

When I was starting out, I didn’t know anyone in the industry. I only had books to go off of for resources. There were of course workshops, but many were in person. The closest I could find was an 8 hour drive from me, a weekend long class, and over $600. That plus hotel and travel, while being a broke college student, it wasn’t something I could afford to try at the time on something that I considered a hobby back then. What if I wasn’t good at voice over? I’d also taken up tennis the previous year and become bored with that, would I become bored with this as well and regret having spent over a grand for a weekend? I promised myself then that if I did somehow become a professional, I was going to teach for prices college students could afford, as well as teach online so anyone could take part. And that’s also why I teach now.

The industry does have a lot of resources out there. I’ve learned this from years of voice over and meeting others who offer resources. I think the problem is, a lot of people don’t know they are out there. Lots of voice actors speak at conventions about getting started in voice acting, I wrote blogs and have videos, and some of the other voice actors I know have videos. The problem is that many of these videos aren’t promoted well. They aren’t the first thing you see when you google “How to be a voice actor” or “Voice acting videos“. So they get buried and hard to find. There are also a lot of scams about getting into voice over, just like there are with music or really any creative field. If you’re getting started and make the easy mistake of signing up with a scammer, it can dampen your entire outlook on voice over and you’ll give up.

It feels like in general the scams are getting incredibly bad across all creative fields (as you said). Are there any specific red-flags you notice that signal someone as a scammer?

Easiest one is to look up the teacher. Make sure they have actually done what they claim. Not just a website that says “John has been in so-and-so” but actual video proof.

Looking at your body of work you’ve been involved in a mountain of successful games/animation projects. Other than money, what factors go into your decision to go for a role or not read for it? If every role offered four bajillion dollars how would you set them apart?

Artwork and character play a huge part! If the artwork looks beautiful, I’m more likely to accept a part. As well as how interesting the character is. A character with an arc and character growth is more than maybe a NPC shop keeper who’s lines are along the “Good evening, Safe Travels” type.

Just once I’d love to hear someone Ad Lib an NPC like, “Hey I’ve had a rough day all this crap is 99% off what do you want?”

You’re probably asked this a lot, but in the creative industry there’s always a large debate between what’s more valuable, hustle or talent? Do you tend to learn that one is slightly more important?

I am asked this a lot actually. Its normally Talent or hustle/ education/ attitude” The last one is always changing but the answer remains the same: All of them. An actor with talent yet no ability to market themselves will lose out to an actor with talent who knows how to showcase what they bring to a project. An actor who hasn’t honed their talent or skill, yet has a brilliant social media presence, will lose out to a better actor with less of a following.

There are exceptions to these rules, but they are common rules for a reason 99% of the time, they work every time but one doesn’t win out over the other. You need all of them to help you secure more roles, then you don’t lack in any of the fields.

When working in gaming I’m assuming there’s a lot of roles where you’re essentially reading a large string of one-liners. Do you give those characters your own nuance or spin, or expand on backstory to help your delivery?

It’s actually very rare that I’ve been multiple characters with 1 line. I can think of maybe one project in 10 years where I had 2-3 lines per character and had to voice multiple characters, but it still wasn’t 1 line but a couple and each character had their own personalities.

Can you mention a few of the resources you provide that we can point our listeners/readers to?

Absolutely!  I have a QNA about getting started, misconceptions, and what many people may need:  https://www.sunnybluestudios.com/beginner-info

You can also find me or reach out to me through:

And I have Live AMAs about voice acting on my Twitch Channel  https://www.twitch.tv/rachaelmesser

Nathan is co-host and co-creator of The Splash Damage Bros. Podcast and can always be found near the Shinra #1 Reactor. 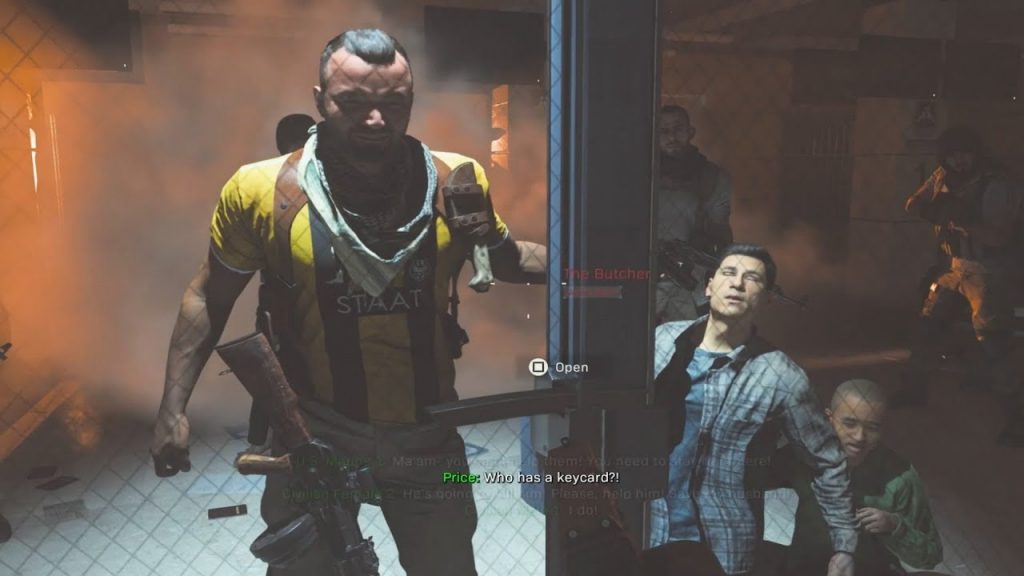 Good morning to the #persona5 crowd. I’ve decided to jump in!!!

What are all the things a newbie needs to know?