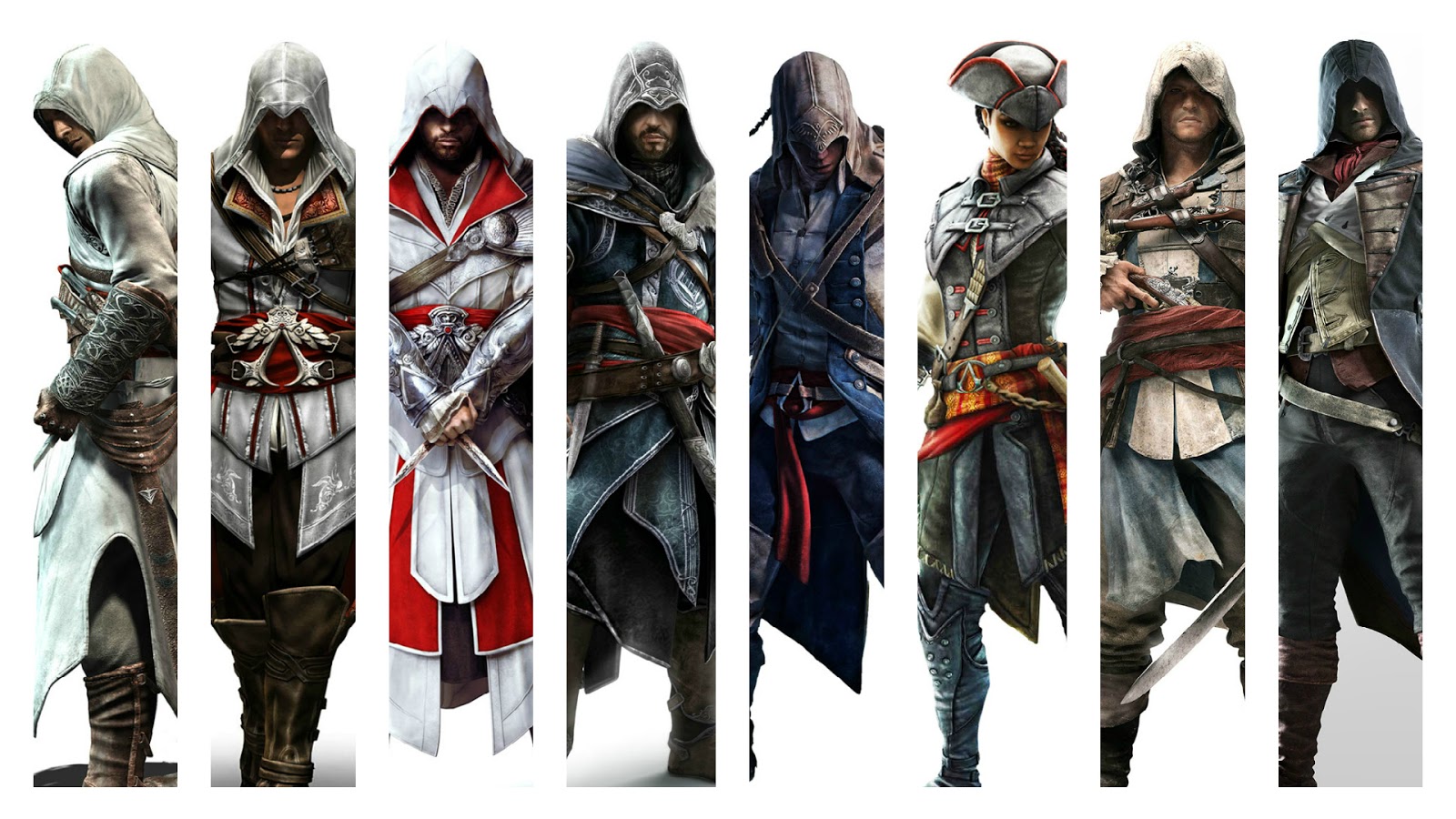 Man does that title throw down or what?

Because I don’t typically like to come out of the gate with a haymaker of that degree, allow me to set this table for you before we get into noshing the full pizza of this issue.

Assassins Creed is a franchise I’ve been with and loved from day one. I am by no means an objective opinion on any of this subject matter. I am however, a very passionate defender of any video game that receives repeatedly bad critique from the gaming community. But know this; You should never expect someone with an avatar like mine to write on this subject and be objective, it’s just not possible for me.

There’s a lot of gaming critique out there for any given title on any given platform and I’d say roughly 15% of it is actual well founded justified criticism. The other 85% is well, gamers being gamers. Our sub-culture has a tenacious ability to cite our opinions as fact and to attack other gamers who don’t stand in our opinions with us.

If you’ve talked to any gamer about Assassins Creed for longer than 37 seconds you’ll hear the critique that all the games in the franchise are “too repetitive.” Let’s look at why that’s a silly thing to say. Starting with the fact that it’s the most obvious statement in the history of statements.

Of course the Assassins Creed franchise is repetitive.

Let’s just start here. The AC franchise is repetitive and very intentionally so. One staple of the franchise has been climbing places called “high points” and they’re all extremely similar. You climb to a very high point on the map and then dive off. This game loop is repeated over and over and each title in the AC franchise has had more high points than the last. In fact; the most recent update to Assassins Creed Odyssey actually added 22 more high points into the world.

Clearly this is a game loop that the fan base is not only okay with, but still hungry for. After 12 years of climbing to high points AC fans still want to climb to more high points. The longevity of that particular game-loop is wildly impressive. Now if that’s not your bag it’s totally okay, but instead of saying, “It’s too repetitive” try something like, “I don’t like the repetition.” A subtle change that would mean a lot to me.

Does some of the hate spur from the success of the franchise? I don’t want to totally assume here, but yes absolutely that’s happening. There’s a well known psychology behind people hating things that are successful and there’s some evidence of that happening here.

In the Assassins Creed litter, AC: Unity is clearly the runt. Marred by technical issues and bad reviews it has still managed over 10 million units sold. Stats like that get the haters hating.

Assassins Creed has grown and evolved more than most gamers realize.

Probably one of the most difficult tasks for a game franchise is keeping the core elements intact but also changing and growing title to title. It’s this “change but stay the same” challenge that has driven many a game franchise to the depths of despair. It’s a seemingly impossible task set upon developers by audiences who now place their expectation levels wildly high.

Despite all its repetition, that again I’m not arguing, the AC franchise has grown and changed to a massive degree along its lifespan and the growth is something the franchise doesn’t get credit for.

AC: 3 gave us ship battles so successful Ubisoft decided to make another AC title just based around that mechanic.

Fast forward to today and we’re playing Assassins Creed: Odyssey, a game barely comparable to it’s original ancestor title. Yes core elements are still there, its still pizza to be sure. But what started as a bland cheese pizza is now a 20″ mega-pie with cheese crust, 9 toppings, garlic dip, a side salad and a drink, all for one price. Oh, I should mention it’s had the best launch of any AC title in the entire franchise. People are here for the repetition.

There are some very reasonable and understandable critiques of this franchise and they do deserve a place at the table. There are times when mission scripting has been so narrow that any slight deviation from that script resulted in a game over (I’m looking at you, AC 3). In the later titles, doing fully stealth missions has become a wildly massive chore to a degree most gamers aren’t comfortable with. This has led many AC gamers to essentially “run and gun” missions and end up in scenarios where they’re taking on entire armies alone and in open combat. I’ve personally felt like in a franchise like AC, stealth should be the easier option and open combat should be more difficult, other than Odyssey, which bucks that trend of course.

My ultimate point is it’s hard to look at the body of work of this franchise and claim that repetition is a bad thing. Repetition is not for everyone, but many people are for repetition. I don’t get Dr. Pepper because I’m excited to see what new adventures await my taste buds. I get Dr. Pepper because I know exactly what I’m getting and it’s what I want. I don’t have to be surprised and amazed by my games. AC is my comfort food, it’s the fried chicken and mashed potatoes of gaming and there’s nothing wrong with that.

Whatever AC title we end up with in 2020 I can promise you it will have all the mechanics that this franchise hangs its hat on and myself, and millions others will be here for it.