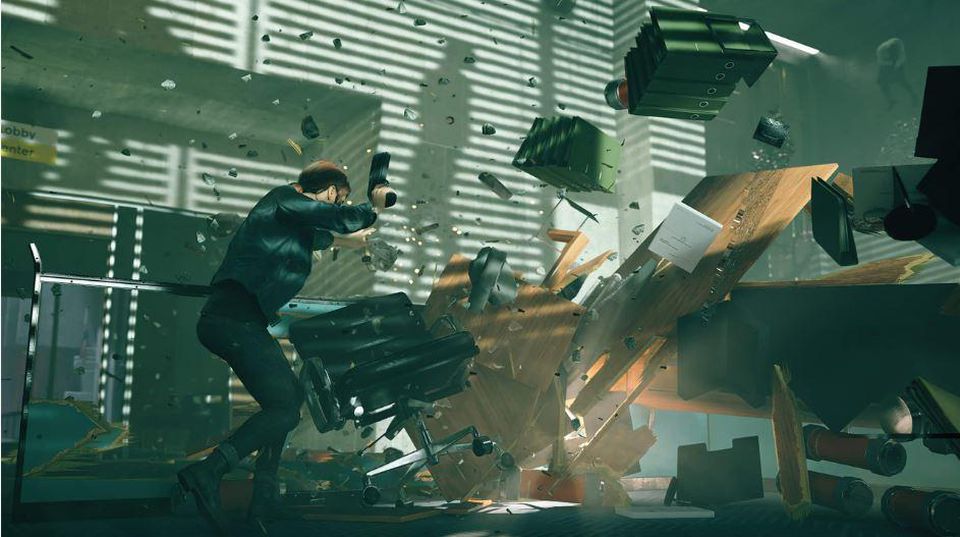 Why are we the most demanding and the hardest on the things we love? CONTROL’s shortcoming are all the more heartbreaking to me because Alan Wake is one of my favorite videogames ever, and I truly was hoping Quantum Break was a sophomore slump but it seems to be the direction Remedy Entertainment is headed now with their storytelling.

Be me in 2010. I didn’t really have a job. I finished up Alan Wake as I was being kicked out of one roomate’s house and moved into a new house. My favorite things about the game:
1. A vulernable and very human protagonist. His animations and the way he interacted with the world felt like “oh yeah I would be like that… just a regular guy.” (Another thing I loved about alien isolation.)
2. The lighting and flashlight system leads to some incredible jump scares and no other videogame really does anything like it.
3. The story is pitch perfect. Not quite as weird as Twin Peaks but it gets close.
4. The setting is perfect… Autumn in the pacific northwest.
5. The story is fantastic. You have a wife, a wisecracking friend, and a deep and convoluted mystery to unravel. There’s actually a point where a psychiatrist tries to convince you you are insane and it’s great.

So let’s move on to CONTROL……

If you bump the corner of a desk you’ll see a pen roll off and the lamp swing ajar. If you walk through those sheets suspending around hospital beds the sheets will wrap around you. If you walk through the rope barriers like they have at the bank, they will all catch your body and behave realistically. If they took this level of detail on little stuff imagine the detail on bigger stuff.

(2) The gameplay loop is fantastic

The combat is so well designed between your player verbs (stealing a Thomas word here.) Shooting, dashing, leaping, shielding, picking up and throwing. Everything is designed to keep you moving and the interactions feel good, satisfying and encounters with enemies keep you coming back.

(3) The Setting Is Fantastic

Imagine 1960s Wood-paneling IRS Headquarters crossed with brutalist architecture. Everything is very 1960s and brown and red. Whereas Prey feels like an imagined retrofuturist world, Control feels like a world that actually exists.

Anybody can create a guy that jumps around the screen and does cool things. The important question is: how does gameplay relate to the story of my character? Control feels like they built a world around fun gameplay rather than building their gameplay around their story and characters. For me personally it leaves me with a kind of hollow feeling like I’ve eaten nothing but icing and it had no real purpose.

Oh cool, go to the sub basement and turn the water on. Oh cool go to the thing and turn the power on. Oh cool, go to new area and defeat boss man because he etc something. Where is the marriage of objectives with story? Where is the drip drip drip of this becoming more interesting? Why aren’t you making me like these people and then doing crazy things to them? Why aren’t you creating expectations and then flipping them on me?

(3) The story, characters, and even character animation is very poor

The story reads like an instruction manual for a bakelite telephone. Jesse, the main character is the “director”. Ok cool. She’s pretty difficulty to like and the camera always does the Homer Simpson thing where it focuses on her head and you hear her grumbling thoughts on things. Cool. Great way to make me not like someone.

Next you meet a slew of characters that describe in detail regulations, requirements, compliance procedures, and governing bodies for such and such government organization and sorry I got so bored in the middle of writing this that I died. “Oh but it has a possessed phone!” you might say. A few possessed items and a spooky (but far from scary) atmosphere don’t really save the story of your game.

The one time the story ALMOST became interesting was when you meet the brother. He has this creepy smile and is possessed by the hiss. But then they do almost nothing with him and you fight some other unknown being you don’t know about. On almost every level the story was just a massive failure.

Despite all this– I would still give CONTROL an 75 out of 100. If you don’t care about story I can see you really enjoying it. After all, nobody plays Super Mario Bros for the story.