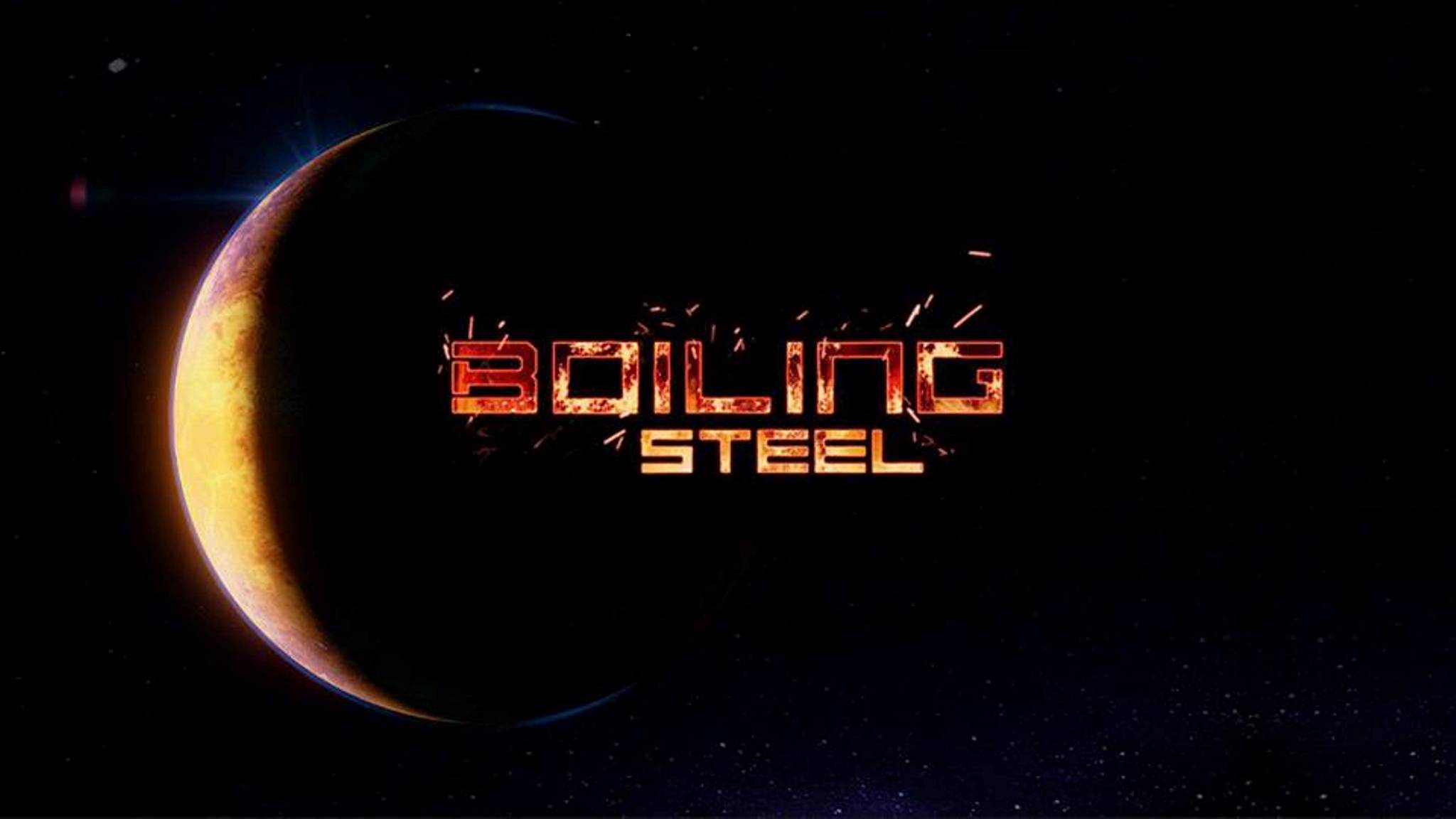 I wanted my first ever VR gaming interview to be something special. I’m (almost) completely unfamiliar with this genre of gaming. Sure, I’ve seen Beat Saber bros a million times and I’m semi-educated on some of the bigger VR titles. Despite all that I have a virgin education in this medium. I’m so happy I chose Boiling Steel for “my first time.”

I was initially grabbed by the story which is part dystopian, part sci-fi, part cyberpunk, and all fun.

MiroWin Studio is in the VR space because there’s room to be revolutionary. VR is new enough that there’s ample space for developers to make a name for themselves. The good news is, this studio has given us one of the more remarkable games the VR space has to offer.

Set in the far future, Boiling Steel follows your main character as he departs Earth for a newly developed planet that’s being hailed as a utopia of sorts. Upon arrival, your character wakes from hyper sleep and discovers that “utopia” was a bit of an overstatement. The new planet is dangerous, violent, and largely out of control. From an orbiting safe ship your character slings their mind/consciousness down into several android workers (called SHELLS) and you begin the process of cleaning up the mess. This story element handles the death loop nicely.

The missions are each around 7-15 minutes long, and give a good variety between puzzle solving, combat, and resource management. The weapon upgrade system is dynamic and easy. Any weapon you like slowly upgrades over time the more you use it.

The team over at MIROWIN was kind enough to answer a few of my questions about the game, here they are. Have a read while I go dive back into their world. A big thank you to Vladimir Koziniy, owner of MiroWin Studio.

I see on STEAM that you’ve kept in touch with your fans during the Early Access phase. How has fan feedback influenced or changed Boiling Steel? Did fan feedback have a direct impact in any parts of the game?

In the frame of the Boiling Steel project started an active work with the community even earlier, at the alpha testing stage, in February 2019. This gave us an useful effect – we learned about the wishes of gamers and VR content creators: what they would like to see in the game, what genres they prefer at the moment, and listened to their wishes of improving “Boiling Steel”. Game released at Steam in March 5, 2020. As a result, such communication led us to create a story-line in the sci-fi genre, written by one of the authors of the S.T.A.L.K.E.R. series; created a tutorial for learning how to use the weapons. We are planning a tournament version that will be appreciated, for example, by VR arcades. Therefore, of course, gamers started influencing the project from the very beginning, helping to make it better, which in the end is necessary for both developers and gamers.

When you first started developing in the VR world did anything surprise you? What’s the biggest difference between VR and traditional development?

From the first steps in game development, we rushed to VR as a promising area, which has not revealed its full potential to 100% yet. There you can perfectly fulfill your potential and leave your mark in game development history. The VR developer is faced with the task of creating the maximum effect of immersing of the player in another reality – that is why many people play in VR. This is a very difficult task, but we are handling this perfectly. The ratings and reviews of our games are the best confirmation of it. VR development itself differs from the traditional development in that in addition to the creating of the interest to the game itself you should create a comfortable gaming in the virtual world to maximize the feeling that you have not just put VR glasses on your head, but you are really there, in another world, in virtual reality from MiroWin.

Do all of the main tools/weapons naturally improve as you use them?

Yes, that’s correct. The upgrade of the shell (avatar) and the tool/weapon is laid in the development of the plot of the game. The further you move in the game, the more you complete tasks and destroy opponents, the more your weapons upgrade and it becomes more effective in the battle and give you more efficiency. Same with the shell, during your game progress, the abilities of the shell are upgrading – increasing of the dash amount, new abilities (plasma dust, a protective shield, an electromagnetic wave, a drone, slowing of the enemies) and signal strength (hp).

So let’s say the launch in March is very successful, can you give a clue what the next piece of content/expansion should be?

Today, we are facing a lot of ways that we are considering to go after the full release. In particular, we plan to continue development of the atmosphere of the game in the future, adding more interactivity, including interaction with objects, additional weapons (like sword), new kinds of enemies and other features, that you can see already now. There is also an interest to the game from a growing audience of Oculus Quest owners. At the same time, fans are asking us to create an arena mode with a rating and we are already developing it. In addition, there are the idea for creating a version for the Playstation VR and non-VR version. The full release will give us an answer on which of the ways within the Boiling Steel universe we’ll go next.

The story is fascinating. Would you say there’s any political commentary within the world you’ve created?​

The sci-fi genre is a fantasy about what our future could have looked like. Considering that mankind has taken more and more serious steps in the development of robotics and artificial intelligence in the last years, our plot already seems not so unrealistic. Someone believes that we continue the topic of the possible war of the machines from “Terminator” and other films about AI that preceded James Cameron’s movie, but our author has a slightly different vision – is there a happy end in our history or not, the gamer will know the answer when reach the end.

Has this development experience made you want to stay in the VR world or do you possibly see developing a more traditional non-VR game after this?

We would like to use the experience that we have gained while working on “Guns’n’Stories: Bulletproof VR” and “Boiling Steel” in the future and accumulate it. The market for traditional games attracts a much larger audience of gamers, but it is even more difficult to reach prominent positions there with the abundance of different products. However, we don’t push this perspective aside.

Nathan is the co-host and co-creator of the Splash Damage Bros. Podcast. He just lost his Buster Sword. 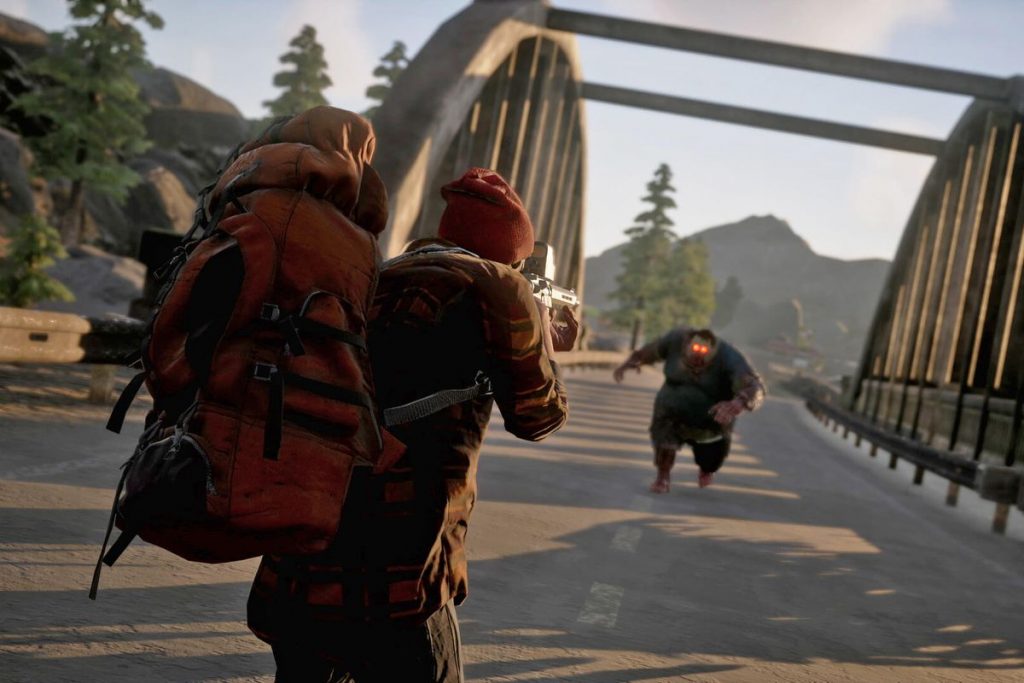 For our podcast, “crunch” means biting down on our mics so hard that we say swear words.

I excited to play the game and excited to see how @CDPROJEKTRED wove feedback into their existing game.

Connecting to your gaming community is becoming more important every day, and it’s nice to see the big studios getting a good handle on it.

They asked everyone for feedback, assured us that each report would be read and considered, and asked us to be as honest as possible. 1/2

If the digital #PS5 is cheaper AND has more storage it’ll be a tough deal to beat.

Almost as if SONY is nudging the market that direction 🤔